Welcome to Insisting on Life, where I will be greeting you weekly with news, commentary, great links and special guests.

The name is the title we gave to our collection of essays by the late, great journalist and Review contributor Nat Hentoff, whom we honored in 2005 as our Great Defender of Life. What a great evening that was!  You can read all about it here, and find the book  here. 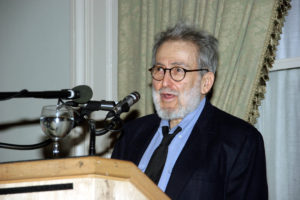 In the new issue of the Human Life Review, I review a terrific book, O. Carter Snead’s What It Means to Be Human: The Case for the Body in Public Bioethics. Snead argues that what is currently dominant in the bioethics which informs our law and policy—the anthropology of “expressive individualism”—forgets that, as human beings, we are by nature embodied, and therefore dependent on others. We are necessarily dependent on other humans in youth, when we are ill or injured, and when we become frail with age. The giving of care is an essential virtue—as articulated by the great contemporary moral philosopher Alasdair MacIntyre, whose thought Snead clearly admires.

From What It Means to be Human:

“The care that human beings need must be unconditional and noncontingent. The weakest and most afflicted among the human community will, of course, require the most intensive, sustained care. The paradigm for such caregiving –upon which nearly everyone relies in his early life—is provided by parents. Macintyre argues that at its fullest expression, good parental care makes the object of concern this child; the commitment is unconditional and does not depend on the child’s circumstances (such as disability), and the needs of the child are treated as paramount, over and above those of the parents. Macintyre pointed to the parents of disabled children as the pristine model of this form of care.”

Sadly, this conviction is not held by many today, where children with disabilities are often aborted or “let die” after birth. Back to Nat Hentoff, he first came out publicly as prolife in 1984 when he wrote a series of articles in the Village Voice about the “Babies Doe” —the tiny babies born with disabilities who were being denied life-saving care by their parents and their doctors. Hentoff, never one to mince words, began his first column with this: 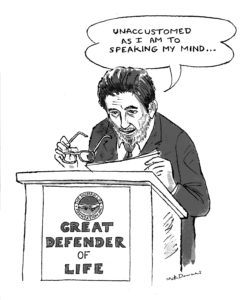 “This a series on the politics of death. Beginning with infanticide. I don’t know yet where we’re going to end, but I will certainly have the very bad taste to include certain illuminations from Adolf Hitler’s practices in these matters. Like this observation by Yale Kamisar in his all too prescient essay, “Some Non-Religious Views Against Proposed ‘Mercy Killing’ Legislation,” in the May 1958 Minnesota Law Review: . . . while public resistance caused Hitler to yield on the adult euthanasia front, the killing of malformed and idiot children continued unhindered to the end of the war, the definition of “children” expanding all the while. A footnote in the same essay reveals that among the factors that encouraged Hitler, early on, to try to push euthanasia were certain petitions to him by “parents of malformed ‘children’ requesting authority for ‘mercy deaths.’”

To end on a more hopeful note, I’m reading a new book (2020) in which the author discovers the beautiful truth of MacIntyre’s paradigm. In Raising a Rare Girl: A Memoir, poet and essayist Heather Kirn Lanier finds her assumptions about parenthood and ability turned upside down when, after a pregnancy in which she tried to do everything right so she would achieve a “Superbaby,” gives birth to a baby girl with a rare and seriously debilitating genetic syndrome. Yet, through the transforming experience of fierce love for her first child she realizes that focusing on what the world considers “normal” can rob parents of recognizing the gift of their child’s life. “Perhaps disability was an integral part of life’s dance,” she writes. “Perhaps disability was born into our very design.”

“What if my daughter had a significant place in this world precisely by living in the body she’d been given? …What if the things we valued in this world—accomplishments, exceptionalism, feats beyond grocery bagging—were halfpence? What if there was no editor of chromosomes, only artists of chromosomes, and my daughter’s artist had looked carefully at her fourth, nipped off the top, then raised her DNA high and declared to the cosmos, Here. Perfect. Genius.”

What a beautiful way to embrace the mystery of human life. 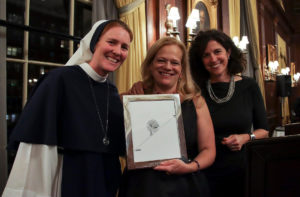