What's Happening and What it Means to You
1 Comment

Many of us have heard stories of women who received a prenatal test indicating their baby has some horrible health condition, only to have the baby born completely healthy. Anecdotes like these have fueled prolifers’ insistence to take prenatal testing results with a grain of salt or to decline them altogether, noting that they add pressure to consider abortion for some moms, and add stress to all of them.

These stories have now been legitimized in research.

On January 1, 2022, the New York Times reported that a number of medically prescribed prenatal tests show false positives for genetic abnormalities 85 percent of the time. Far more often than not, these tests wrongly identify what’s known as a microdeletion—a missing snippet of chromosomes that could signify a severe disease or birth defect—when a child is in fact healthy.

The Times shared the story of Yael Geller, whose prenatal test revealed her baby screened positive for Prader-Willi syndrome, identifying her as one of many women being “misled by a wondrous promise that Silicon Valley has made to expectant mothers: that a few vials of their blood, drawn in the first trimester, can allow companies to detect serious developmental problems in the DNA of the fetus with remarkable accuracy.”

“In just over a decade, the tests have gone from laboratory experiments to an industry that serves more than a third of the pregnant women in America,” the Times reports, “luring major companies like Labcorp and Quest Diagnostics into the business, alongside many start-ups.”

The worst offenders are the tests purporting to identify the following conditions in babies: DiGeorge syndrome, 1p36 deletion, Cri-du-chat syndrome, Wolf-Hirschhorn syndrome, as well as Prader-Willi and Angelman syndromes. 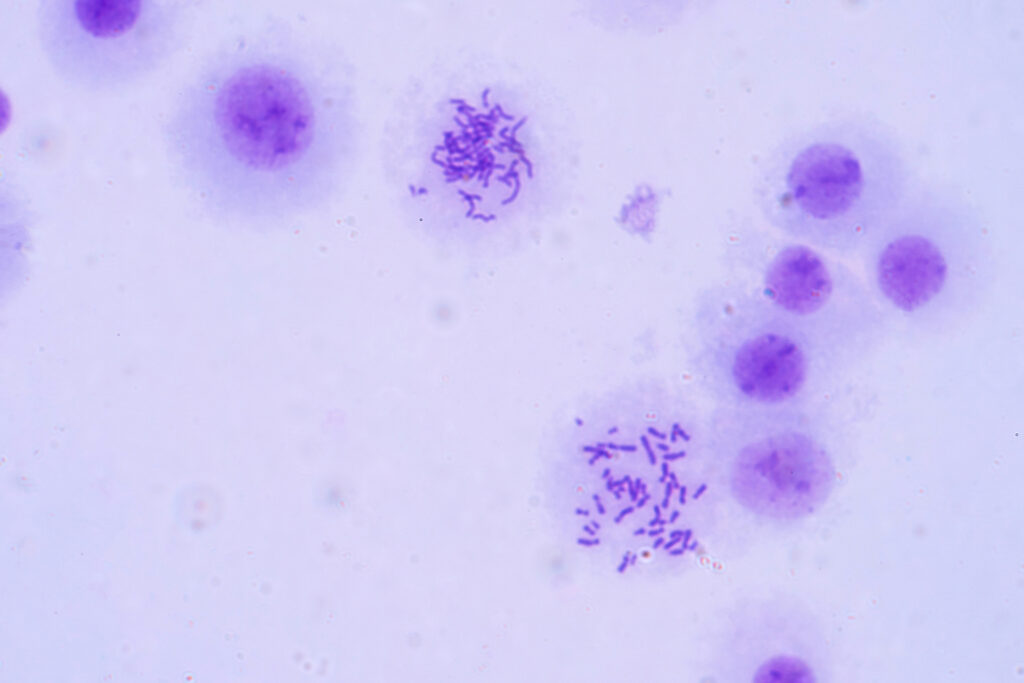 Human chromosomes under a microscope

While prenatal testing for Down syndrome has become a highly accurate estimation, medical technology companies have attempted to diversify their offerings by identifying rarer conditions—conditions so rare, in fact, that there is less research to speak to the tests’ effectiveness in identifying the conditions in developing babies. While genetic counselors are recommended to offer follow-up testing such as amniocentesis to confirm whether their preborn child has the defect, that comes with an increased risk of miscarriage and some pregnant patients seek abortion after hearing the initial prenatal test result. The New York Times found that marketing surrounding these tests misleads both doctors and patients, and many pregnant moms aren’t informed of the high likelihood of false positives.

As someone who has received this testing when recommended to as a pregnant woman over 35, and who has received pressure to consider ending pregnancy at the risk of my child having Cystic Fibrosis (she, as all of my children, were born healthy), I am highly aware of how stressful it is to have a doctor suggest your wished-for child is “defective.” It’s one thing to want to be prepared for a special-needs child, but it seems that the main goal of these predictions isn’t preparation for birth but the ending of pregnancy. For the women who have pursued abortions after such a diagnosis, the Times report now informs them it was more likely than not a healthy child mislabeled as gravely disabled.

Keep in mind these weren’t women going to abortion clinics, downcast and with unwanted pregnancies, but hopeful women going to their OBGYNs to check on the development of wanted children, who were presented with reports of doom, nudging them to reconsider carrying the pregnancy to term. Knowing genetic tests are often recommended for women over 35, women for whom their pregnancy may be their last chance of conception, I can say the devastation of an unnecessary loss of life is immeasurable.

I imagine we’ll be hearing of lawsuits before long. Amid the tragedy of this news, one hopes this will lead to greater scrutiny of technologies and procedures that profit from pregnant women’s self-doubts and fears.

If you are seeking healing from a regretted abortion, you are not alone. Visit RachelsVineyard.org or AbortionChangesYou.com to connect with others who have had similar experiences and begin your journey toward healing.