Has anyone heard, in these heated post-Roe days, a well-reasoned, legally sound defense of the 1973 opinion itself? Crickets? That tells us a lot.

But let me take a step back and celebrate the moment, which, to be honest, I never thought would come in my lifetime. Through much of the 1990s, I showed up faithfully at abortion clinics every Saturday morning to pray and sidewalk counsel without any real hope that Roe would be overturned. The abortion “right” was entrenched in the Democratic Party, and Republicans seemed ambivalent about ending it. I figured the battle would go on for another few generations but, because pro-life families were producing more children and future voters than pro-abortion ones, by simple attrition we would eventually win.

So, the Dobbs decision comes as something of a shock, even with the leaked Alito draft having put us all on notice. I didn’t read the draft, afraid that it would be substantially changed or even scrapped under pressure from Chief Justice Roberts, who joined in the Dobbs result but wrote in his concurrence that overruling Roe was premature. Nevertheless, Roe is gone, and good riddance. It has been a death sentence for millions of babies, a blight on our nation’s conscience, a dark shadow over the Supreme Court, and a political flashpoint that has served only to deepen our nation’s social and cultural divisions.

(Pinch me; tell me the decision is real and will stick; promise me that Lucy won’t pull the football away again from Charlie Brown, and that I won’t wake up to find this was all a dream.)

Let us celebrate, for all the years we have taken part in the March for Life and heard the hopeful chant, “Hey, hey! Ho, ho! Roe v. Wade has got to go!” That chant has been voiced mainly by young people who believed Roe would go, who wore t-shirts declaring themselves “The Pro-Life Generation,” who brought new life and enthusiasm year after year to the largest, longest-running civil-rights demonstration in the nation’s history. I think of all those young people today, and thank them for lifting all of us up with a hope that has now been realized. Roe is gone.

But, of course, this is not the end of abortion, which remains legal in most states. In fact, there could be more abortions in America this week than there were last week! That certainly could be the case in my state, Connecticut, which may soon enact a law even more deadly than Roe, or in New York, where Gov. Hochul, a graduate of the law school of The Catholic University of America, has assumed a ghoulish demeanor as she plans to make her state a haven for abortion seekers.

The struggle now returns to the give and take and compromise of the democratic process. The Roe roadblock having been removed, we must redouble our efforts at the state level to pass laws to restrict or ban abortion. Remember, the Dobbs case involved a Mississippi law that banned most abortions after fifteen weeks, not exactly model pro-life legislation. 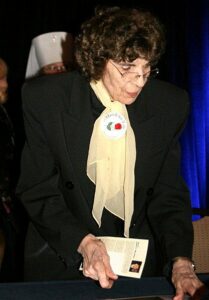 A new phase of the pro-life movement has begun; there will be turbulence, disagreements over tactics and achievable goals, and, hopefully, a healthy row and din of opinions. Yet the basics of our movement remain. Prayer, fasting, direct action, legal smarts, and model legislation are still needed as we seek to change the minds (and votes) of our fellow citizens—while of course continuing to open our hearts to women who face crisis pregnancies. And if abortion supporters start to mark the day Roe was overruled with a march of their own, we can take comfort in the fact that June 24 is also the eve of the birthday of the late, great Nellie Gray, founder of the Washington March for Life. We can honor Nellie’s memory by working with greater energy and fervor toward a culture of life and a civilization of love.