Ireland has been annexed. While centuries of English overlords and overreach could never conquer the brave heart of the singular island on the outskirts of Europe, a wanton desire to be like other nations has worn down the Irish spirit in the land of Patrick. The people are prisoners again, subject this time to a wider gyre than the English empire. They have become by their own referendum a people among peoples, a nation among nations, trading the wild hearts of warriors and saints for the exacting empathy of the culture of death.

In short, by speaking against its own best sense and legacy of life, Ireland has lost its voice. You may hear the chants of referendum winners in the streets, waving signs and laughing with the familiar Irish lilt, but this is not the Irish voice. You may hear the measured tones of politicians in the Dail saying that the people have spoken, there is no turning back the clock or the pages of history, but they will be mouthing the lines of a script written for them from abroad.

The Irish cannot kill their young and be true to their history or their destiny. By repealing Amendment 8 of the Constitution, they have betrayed the blood of the nation’s patriots and poets who paid dearly so that they could live free. In biblical terms their forebears would understand, they are like the Israelites set free in the desert ranting against God to return to slavery in Egypt. They are the chosen people in the Promised Land seeking to replace God with a human king, so they would become “like the nations.” In those ancient days, too, the other nations sacrificed their young to the gods, ascending the “high places” for the blood to be accepted. Israel, true to itself, would not.

But now Ireland will do so by popular vote. To complete the biblical analogy, let us now pray for prophets to rise up in the land. 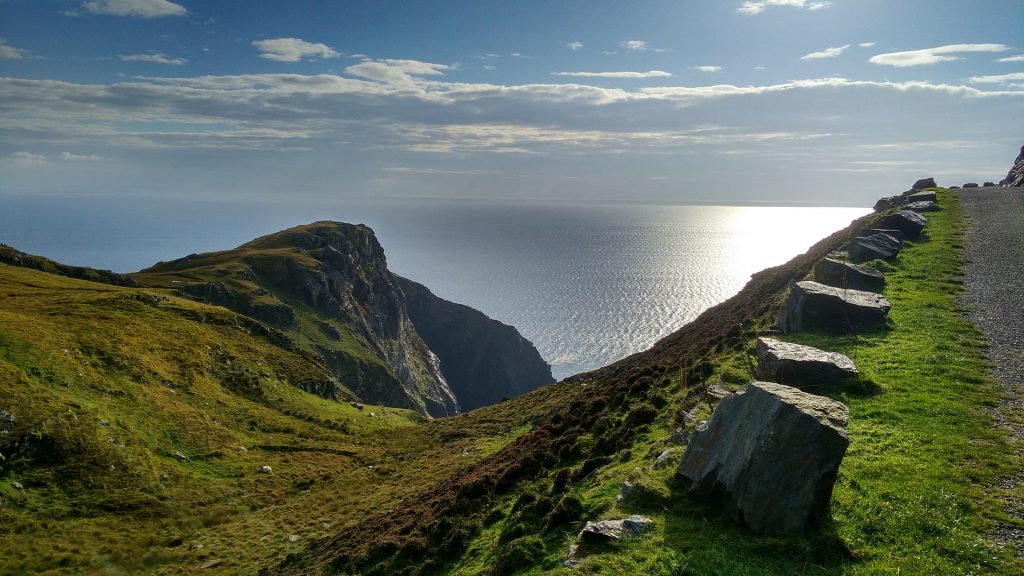 Some of my Irish relatives, I know, would take exception to my words, not so much for opposing abortion but because these are the thoughts of a “Yank,” an American of Irish heritage who thinks he knows better for Eire. What if they wrote and spoke with such conviction about U.S. politics, they would say in challenge. How would their opinion about what’s best for America sound to my ears? True enough. They are right to insist that we Americans not romanticize the Emerald Isle as the land of saints and scholars; not to think we know it all from one reading of the popular book How the Irish Saved Civilization. A lot of water has run down the mountains since the medieval monks illuminated the Book of Kells and preserved Western learning for the barbarians of Europe.

So what would give me the perspective to speak on their country? Common sense, the basics of biology, the Commandment “Thou shalt not kill.” In more personal terms, I took two courses in Irish history at Fordham under Professor John P. McCarthy, a recognized expert, and made two trips to Ireland, once as a young backpacker and years later for the wedding of my brother to an Irish woman then living in New York City. I have relatives across Ireland by blood and marriage, and could claim Irish citizenship through my father’s father, whose childhood home still stands in Monaghan.

But there’s something more.

There is the “map of Ireland” on my face in the morning mirror, the blue eyes and fair skin. The sweet memories of my grandma, Sligo-born, who lived in upstate New York, where her children and grandchildren gathered for holidays. In my preschool days, I would sit on her lap in the big rocker, listen to her musical brogue reading to me “Rosy the Red Pony.” We swept the back porch of leaves one autumn and I, no higher than the broom stick, huffed out the words that would make her laugh for years after: “Grandma, in the city my mother uses a vacuum cleaner.” I was a scientific kid of the 60s, confident that President Kennedy would get us to the moon.

Such thoughts are the sentiments of a Yank removed from the current life of Ireland, my relatives might say. The Irish have reached a new level of maturity and no longer are like stock figures in The Quiet Man, living out the convenient dreams of Irish-Americans. True, but whose script are they living out now? The once-despised English, the European Union, and the fragile conditions of the Eurozone? In a rush to be modern they have entered a time warp and come out pagan. They have crushed under foot the great pearl of the Catholic faith, which can never be expunged from the identity of Ireland. Yes, the Catholic Church lost all trust and credibility in recent decades with the revelation of countless sexual scandals. Yet as inept as the Catholic Church in Ireland has been, a people of true Irish temperament would rally for reform, not rant for abortion.

Ireland has made a pact with evil. The banshees, the mythical figures of death, are screeching at the doorways of every center where abortions will be done. They mimic the righteous cries of Rachel, mourning her children at the Slaughter of the Innocents. A small island with a smallish population, some 6.5 million, will survive only by a miracle of God’s mercy. Yet even now, a growing pro-life movement awakes to a new moment, ready to pray, witness, and suffer peacefully for the soul of a nation and the lives of the unborn. With God’s grace, it will lead the next generation of Irish aright when they have had enough of death at the hands of their elders.

May it happen in our lifetime.