For those of us who really love summer (I actually thrive in heat and humidity!), the sunny yet cooler days at the end of August are bittersweet. This is especially true for me, as it is a reminder of loss.

It has been eight years since my mother died, of cancer, on August 30, 2011. Her name was Faith, an apt name for a woman who followed her own path to find the truth, even when it meant a wrenching separation from her family’s church and community, and a brave setting out into the then-foreign worlds of New York City and Roman Catholicism! But that’s another story, one beautifully captured in a tribute by Kathryn J. Lopez.

What I am thinking about this anniversary is how the painful memories of searing grief at the final goodbye have been steadily tempered by an unshakeable confidence that her motherly love is with me now, and will always be. Our bond was forged in her womb, before either of us was aware of it, and it cannot be broken. 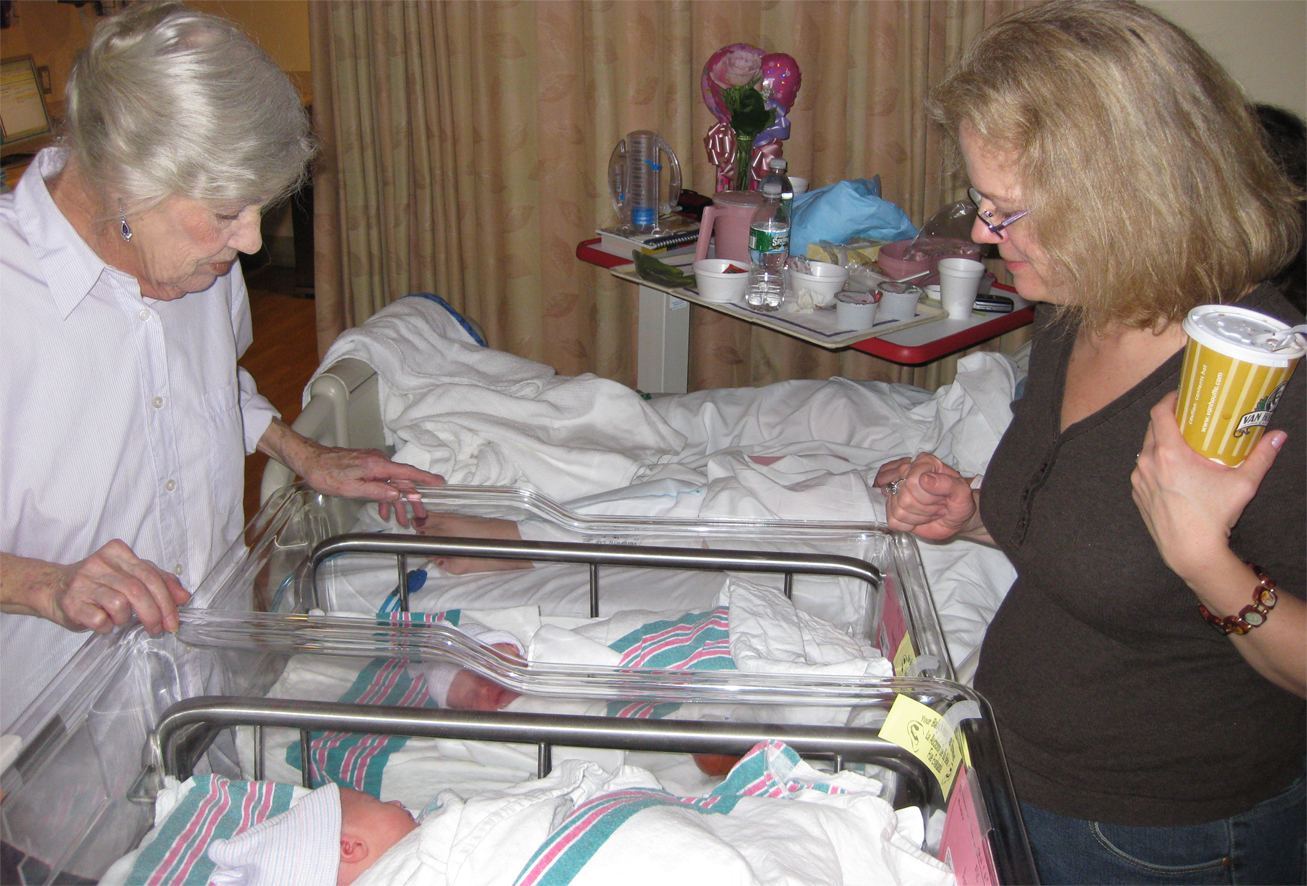 Maria and Faith with nieces/granddaughters in 2009.

Twenty-six years ago, in late August, my husband and I suffered the loss of our “honeymoon baby” in a first trimester miscarriage. To be honest, I wasn’t prepared to be expecting so soon, but once the pregnancy was confirmed, I experienced a deep love and fierce protectiveness of the life growing within me, even as I groaned through all-day morning sickness. Early pregnancy losses are mysterious. Our first ultrasound, at 10 weeks to find a heartbeat, found none. Did it ever beat? What happened? Miscarriage, especially when it is a first pregnancy, strikes at the heart of that instinct to protect—there is an overwhelming sense of failure. What did I do wrong? Why couldn’t I protect my baby? Will I ever be a mother?

But I was already a mother. I didn’t really start to have peace with the loss until I gave birth to my son a year later, but I did realize that it was that first baby who changed us forever; we became parents. I became a mother. Amazingly, as researchers have discovered, that child is probably still a part of me; and part of me probably stayed in my mother’s body for decades. Microchimerism is the biodirectional transfer of cells between mother and fetus during pregnancy, a fascinating biological bonding process.

But the real bond lasts even after life is gone. As I reflect on these late-August memories, I rest in acceptance of the mysteries of life and death. Human life is finite; but human love is forever. We know this because we don’t suddenly stop loving someone after we lose them. We remain connected. I believe that with my faith, and with my Faith.

—Maria McFadden Maffucci, editor of the Human Life Review and president of the Human Life Foundation, writes the “Insisting on Life” column for Newsmax (www.newsmax.com). This reflection was published there on August 30, and is reprinted with permission.