On June 9th, at the end of the week in which both designer Kate Spade and celebrity chef Anthony Bourdain died by suicide, I wrote a Facebook post:

It’s been an emotionally wrenching week in many ways. As a woman who struggles with anxiety, phobias, and once (blessedly only once and not too prolonged, unlike many of those I love) suffered a bout of clinical depression, and as a mother whose son is going through considerable mental challenges due to autism and OCD, if I am honest, I can still feel the stigma and shame pressing on me around the edges. And fear; my heart hurts to see the harsh comments some have made. Depression is like a terrible fog that the sun of rationality has a hard time breaking through. It’s like feeling like a stranger in your own body. Suicide, so terribly, can inspire suicide. I volunteered on a suicide hotline years ago, way before it was a “choice,” and they told us to steer into the skid . . . in other words, if someone is hurting, listen, enter into their own unhappiness, accept it first. It’s hard to do with those you love because the first thing you want to do is cheer them up . . . “It’s not that bad.” The first step toward helping someone is accepting that it IS that bad. And that you will abide with them where they are. Ultimately, none of us can control another person. My love and prayers to all those suffering today.

It was an impulsive post, written quickly and with tears. I was unprepared for the compassion that came pouring out from Facebook family and friends, and for that I am blessed and grateful—and also a little sheepish as it was not my intention to send an S.O.S.

Some misunderstood my post to read that I was in the throes of depression; I was/am not. I was sad about events, worried about my son, and reacting to ugly comments I’d seen on social media regarding depression and suicide. We are all at times sad, worried, anxious, and yes, depressed. But clinical depression is something else. As I said, I blessedly had one brief siege, but I will never forget how it felt. And because of that, I grieved to see the judgment that some heaped on Kate Spade, for example: “She had a daughter! How could she be so selfish?” Yes, I can understand emotionally reacting that way—I did too, wondering how she could do that to her daughter. But that was followed by the recognition that depression is a disease—and an evil force that can make the most awful solution seem like the one crucial thing to do.

I became depressed due to a combination of things—maybe more accurately, a culmination. I started having chest pains and anxiety, and then a bad reaction to an acid reflux medication caused insomnia and a racing heart. I couldn’t sleep. I couldn’t rest my thoughts. I was terrified that I would not be able to care for my children. Looking back, I realize it was no coincidence that this happened a few months after my son reached puberty. It came earlier than I expected, and I wasn’t prepared; seeing the changes just reinforced the worry over his autism diagnosis and his future. All my life I had been plagued by neurotic worrying and phobias. I’d always been able to be happy anyway—or so I thought. Now, even though I had so much love and support in my life—a terrific husband, three wonderful children, loving friends and family—depression started taking over. I knew rationally how much I had to be pleased about, but all I could feel was a dull, encroaching darkness, and I could not imagine ever feeling better. Thank God my husband, siblings, and friends were supportive and ready to do whatever I needed.

Most helpful, my husband often watched the kids, so I could be with my mother. Those readers who knew my mother will remember she had a gift for stillness and acceptance of others. Yet at times in her life her seemingly calm exterior hid inner turmoil and anguish. She had been clinically depressed, and she understood what I was going through, saying to me gently, “It’s like a dark fog over everything, isn’t it?” She listened when I wanted to talk, but she didn’t try to cheer me up or talk me out of it. She just lovingly abided with me in my state. It was my mother who, after a few weeks had passed—and medical tests indicated nothing physically wrong—encouraged me to get help and took me to her psychiatrist. I started medication and therapy, and within two weeks, saw a tiny ray of light—within a few months, I was almost back to feeling myself. In the years since then, I have been blessed to have experienced a great reduction in the kind of severe anxiety and phobias that used to limit my daily life.

I never considered suicide, but I tasted the despair that can lead to it.

As a firm believer in a loving and merciful God, and a devout Catholic, I think it is important to stress that depression is not a failure of faith. It is a crisis. As Rev. Ross Blackburn wrote so eloquently in a recent reflection ,“Crisis is normal for the Christian life. It is normal for life, period. Failure, disappointments, the death of loved ones, broken relationships, addictions and bad decisions, insecurities and depression, and health crises are all part of the world in which we live, and therefore a part of our own lives.”
With faith, however, there is the gift of knowing that God is there, abiding with you, even if you can’t feel His presence. Some of the greatest saints—St. Teresa of Calcutta!—lived through excruciating and prolonged spiritual dryness and anxiety. It is not a sign of weakness, but one possible condition of our shared humanity.

In October of 2016, we lost our beautiful and beloved nephew, Doug Sweeney, to suicide. The suffering of his family is unimaginable. I will close with the comment his brave mother, Dorothy, who now advocates for depression and suicide awareness, wrote in response to my post:

Thanks for shedding light on this issue. By taking it out of the shadows hopefully people will begin to understand and only then can we truly affect real change. Losing Doug to suicide was the worst thing that ever happened to my family. If I can prevent even one family from this nightmare, I know his loss was not in vain. 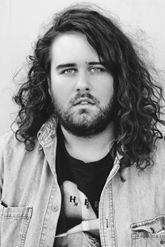