The Reality of Suicide and Suicidal Thinking

September is National Suicide Prevention Awareness Month. I am pleased to have as my guest commentator Leticia Ochoa Adams. 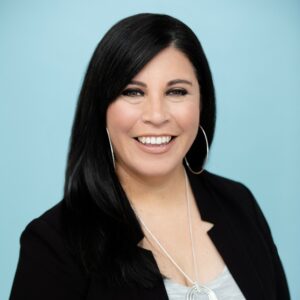 Leticia was born and raised in rural Texas south of San Antonio and recently graduated with a BA in Philosophy from Holy Apostles College and Seminary. She is  married to her childhood sweetheart Stacey. Leticia has four children, three step children, a daughter in law and two grandkids. After the suicide of her oldest son Anthony (who she loves to tell everyone about because he was awesome), Leticia and Stacey sold their house in the suburbs and moved out to 10 acres of raw land where they plan to raise cows and plant gardens. They currently have three pit bulls and two bunnies.

Leticia Ochoa Adams: The other day I was in the ER because I have a cold but wanted to make sure it wasn’t strep and since I have no insurance the place to go for that is the ER during a pandemic. (A visit that raises everyone’s cost of medical care and is a million times more expensive than if we just had universal healthcare BUT I DIGRESS.)

The nurse goes down the list of annoying questions they have to ask but don’t really want the answers to. Questions thought up by someone who wanted to “do something” and decided that asking them checks off a box and is “doing something”.

She begins with the disclaimer of how she knows they are dumb questions but has to ask them and then asks: “Have you ever thought about harming yourself?”

Normally I ignore this question. My face says it all for me but something about this day, this week, this year made me think about how checking boxes does not cut it anymore. Doing busy work for the sake of “doing something” is not helping anybody at all. We need a lot of things in this country: Asking pointless questions, with disclaimers about how stupid they are, is not one of them.

I decided to answer honestly: “My son died by suicide almost 5 years ago and it’s 2021, who hasn’t?” She looks at me like I have three heads and asks me if I need a psych eval.

That is when I went off. I said “This is why people lie. That look on your face and the threat of a psych eval and who knows what else comes with it because I’m sure you have a protocol to follow now and that’s not a bad thing, but you still have to be a human being and when someone says they have had suicidal thoughts because anyone who has lost someone to suicide HAS HAD THEM even if they don’t admit it to themselves or anyone else, you make that face and start trying to figure out who will be liable rather than how to best help that person. You don’t have to worry about me. I have priests and a therapist. I am safe. I can be honest with my family, and I have learned how to take care of myself. But not everyone is me so you might want to learn how to fix your face when someone is honest with you about that question.”

That’s where the stigma is rooted. In people not knowing how to react to someone saying they have suicidal thoughts. Not all suicidal ideation is the same threat level and if we are going to talk about suicide prevention then we ought to know that and we ought to know how to handle being told by someone that they are having those thoughts.

Stigma also comes in not being open and honest when someone dies by suicide. Which is why from the moment we found Anthony I was open about what happened. Because I refuse to be ashamed of him or myself. He is not his suicide, and neither am I. I live with tremendous guilt and sometimes it gets the best of me, but I have learned how to reel myself back into my body and remember that I love him and did the best I could with what I had. And I am doing better now because I know what the cost of living in trauma, isolation and shame is. But we live in a culture that is not comfortable with death, much less suicide loss. People avoid you when you speak openly about grief and/or trauma. They do not know what to say and so they avoid you. People want to ask you how you are and for you to respond saying you are fine, just like nurses have to ask you stupid questions for which they really do not want the answers.

There are so many things we need to have honest conversations about, but the devil has done a great job of feeding our paranoia and fear which are both honesty killers. He is running wild like a rabid dog. Meanwhile, we attend more funerals and pretend that it will never be us in that box. We say everything is fine when asked how we are, and we respond with “no” when asked if we have thoughts of harming ourselves. Whatever it takes to make sure nobody knows what is really going on with us.

We just have to do better than this fake toxic positivity denial bulls##t. It just is not real. It’s the ultimate gaslighting. We all know things are not okay. We all know that we are hurting and grieving and every time we say “I am fine,” we know we are not fine.

I think we all need to have a real conversation about suicide and what we are doing to each other. We begin with honesty and then we go from there. The only way out of any of this is love which is what honesty is built on.