When he published multiple videos, images, and descriptions of what has been called “the world’s first artificial womb facility,” molecular biologist Hashem Al-Ghaili clearly expected to fan the fascination of the public. This new Ectolife venture will apparently build upon the recent advances in artificial “wombs” as well as biological manipulation of human stem cells to generate children without active involvement of the parents in procreation (i.e. without sexual intercourse).

In one video, Al-Ghaili portrays the facility as composed of rows upon rows of egg-shaped incubators, each holding a nascent human life. Arrayed bleacher-style and surrounding a gray, industrial-looking apparatus, with technicians in hazmat suits, the scene is oddly reminiscent of the inside of a nuclear power plant. The babies in the videos look far from real, often with distorted features, and in some scenes almost as large as their adult overlords. Music for the videos is a dramatic, adrenaline-producing mix of digital synthesizers, bass-level bursts, and repetitive orchestral strumming.

The female narrator explains that the new company will have the capacity for incubating 30,000 human infants per year in each building it operates. The babies will develop inside “growth pods” with every imaginable technological and medical capability, including “artificial intelligence” that monitors their growth and healthcare needs. Interaction with human caregivers does not seem to be part of the package.

Perhaps the most important statement is heard halfway through the video. “Prior to placing the fertilized embryo of your baby inside the growth pod, in vitro fertilization is used to create and select the most viable and genetically superior embryo, giving your baby a chance to develop without any biological hurdles. And if you want your baby to stand out and have a brighter future, our Elite Package offers you the opportunity to genetically engineer the embryo before implanting it in the womb.”

Notice that the pitch draws on the heartstrings and acquisitive desires of prospective parents by referring to “your baby” while dismissing any emotional attachment to the growth-pod-bound creature by such rhetorical but nonsensical devices as “the fertilized embryo of your baby.” This is the kind of marketing sophistication (i.e. double-speak) we have learned to expect from IVF clinics and even abortion mills.

Now a reality check: while the Ectolife story has gained notoriety through The Economic Times, Huffington Post, and many smaller new sources, Al-Ghaili is more of an aspiring film producer than biologist, and neither Ectolife nor any artificial womb facility exists in the real world. According to his website, Al-Ghaili is merely “helping society catch up to modern science” with education and science fiction creations. He claims that “his flagship page, Science Nature, has garnered over 33 million followers on Facebook,” and his hundreds of original videos – “renowned for their simple, yet powerful visual storytelling – have been viewed over 17 billion times, and have inspired hundreds of thousands of people across the globe.” Evidence for such claims does not seem to be available on the website.

This is not just a story about an imaginative futurist’s dream, however. The science behind the Ectolife concept is dangerously real – or on the cusp of being realized. Neonatal incubators already care for extremely young premature babies, IVF facilities can already coax along the gestation of embryonic persons after just four weeks in the mother’s womb, Chinese researchers claim to have created a “long-term embryo culture device” that uses artificial intelligence to monitor and assist embryos (currently tested on mice) in minute detail, and Israeli scientists created a Ferris-wheel like device that allowed newly formed mouse embryos to develop for over half of their normal gestation period.

Even more important is the science that is enabling formation of new human embryos – or “embryo-like” human beings – directly from embryonic stem cells. No parents are needed in the process, only a laboratory. This has been achieved with human cells, although current regulations require destroying the living being within 14 days. It has also been tested in mice, and they developed beating hearts and functioning brains.

Getting back to the two-sided coin I described above, it seems that such far-reaching biotechnological developments can generate plenty of both disgust and fascination, very much like the Frankenstein story of old. Will our fascination and pride in human ingenuity carry the day? Or will we, recognizing that the perceived value of human life declines every time somebody manipulates or manufactures human life for non-essential purposes, embrace our moral disgust and follow it toward difficult but life-affirming decisions about the role of technology in our society?

Horror movies are fascinating and disgusting at the same time. Real life horror shows are something else entirely. 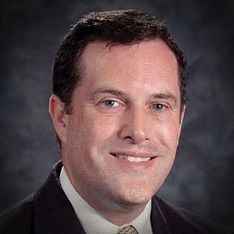